Ricardo Perez-Truglia is an Associate Professor at the Haas School of Business.

Ricardo teaches Microeconomics for MBAs. In 2022, he was awarded the Earl F. Cheit Award for Excellence in MBA Teaching.

Ricardo’s research lies at the intersection of behavioral economics, political economy and public economics. Perez-Truglia intends his research to inform firms and policy makers in the developed and developing world, leading to practical applications.

One central theme in his research is how firms and individuals acquire and process information. Individuals hold many beliefs that are divorced from reality, even when it comes to basic concepts. They do not understand their own position in the income distribution, or the probability that they are audited by the IRS. In order to understand people’s motivations, we need to know what people really believe. Perez-Truglia has applied this framework to topics such as inflation and home price expectations, tax compliance and preferences for redistribution.

In 2020, he was named a Sloan Research Fellow, an award that recognizes outstanding early-career faculty who have the potential to revolutionize their fields of study. Ricardo’s research has been published in premier academic journals and has been featured in media outlets such as the New York Times, Wall Street Journal, The Economist and National Public Radio.

Ricardo received his PhD in economics at Harvard University in 2014. Before joining Haas in 2020, he worked at UCLA-Anderson and Microsoft Research. Ricardo grew up in the Ciudadela neighborhood near Buenos Aires. Ricardo and his wife (Marina) have three children: Alma, Lucas and Nicolas. 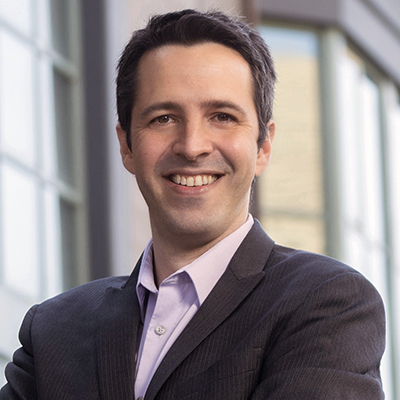